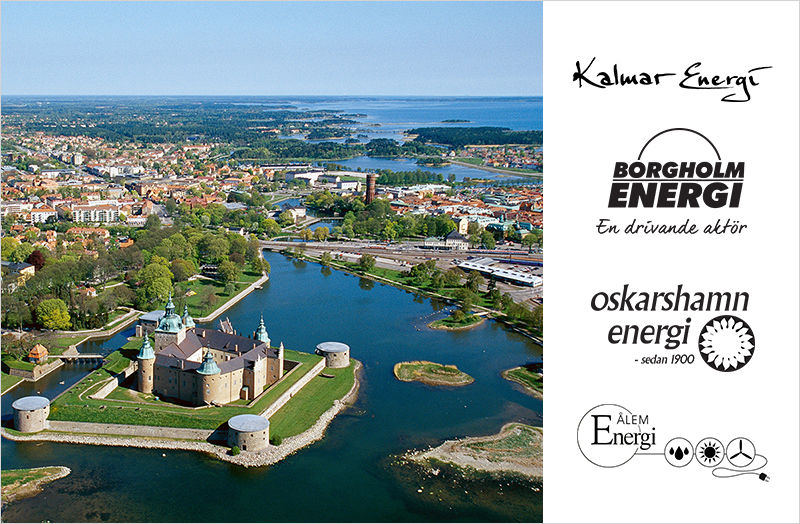 A good combination of quality, price and commitment was the decisive thing when the DSOs in Kalmar, Oskarshamn, Borgholm and Ålem jointly chose Aidon as the partner for their smart metering system of the future, including Gateware head-end-system and 44,000 electricity meters. The planning phase of the new system implementation is underway and will be followed with a pilot in the autumn. The roll-out will take place in 2021.

– Aidon is a well-known brand on the Swedish market with a good combination of price and quality. In addition, the tender showed good commitment and engagement, says Daniel Jedfelt, technology and strategy manager at Kalmar Energi.

– It feels like Aidon is modern in their thinking. The IT platform on which the system rests, Aidon Gateware, feels like a modern product with strong potential for the future. Aidon does not only focus on the collection system as such, but also on how their system works together with the entire business. That gives us the opportunity to take a holistic approach to our business. The possibility of handling district heating and water meters in the same system in the future is important as well. That was included as a prerequisite, and now we get a system that has the functionality to solve that task, Daniel Jedfelt says and continues:

– The new meters allow us to learn more about the electricity grid and how it works in different operating modes. On the high voltage part of the network we already have it today and now we will be able to see the events on the low voltage part of the grid. For example, we will be able to detect an outage at the same time as the customer notices it, or even before. Compared to today, it will mean more efficient operation and faster error correction. In addition, we are better equipped for the changes that happen in society, such as the solar cells and charging of electric cars becoming more common and affecting the usage of the distribution network.

Cooperation brings many synergy benefits to the four companies in terms of competence sharing, for example. With limited specialist resources especially in the smaller companies it is important to be able to provide back-up support to each other in case of sick leaves or holidays, Jedfelt says.